Shalom and Welcome to Saltshakers

Special greeting to anyone new to our website. This is a place for those who are looking for a clear biblical voice in a world with many voices.

You can join the SALTSHAKERS WEB COMMUNITY BY CLICKING HERE. You will now have access to all Foundations conference audios, SWORD articles, book discounts, recordings of live bible school and chat sessions ... and more.

Jewish Journalist to The White House, David Brody, discovers the Good News and amazes President Trump with his faith. He uncovers the greatest truth of all... that Yeshua is the Messiah! 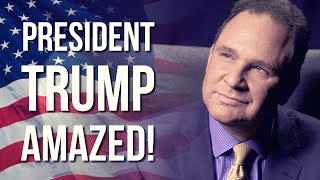 A TOTALLY NEW, AUTHENTIC, FUN AND BIBLICAL WAY TO DO CHRISTMAS! CLICK HERE to find out more. CLICK HERE FOR THE INTERVIEW WITH STEVE ABOUT THE BOOK!

Speaking on 'the crucifixion of Israel' There's your average Christian conference, gathering, celebration etc. THEN THERE IS FOUNDATIONS … it is what CHURCH was meant to be!

FOR OUR FOUNDATIONS 11 PAGE - with testimonies, audios, videos ...

FOR OUR FOUNDATIONS 10 PAGE - with report, testimonies, audios, videos, pics ...

WE NOW HAVE ALL AUDIOS FROM OUR PAST CONFERENCES AVAILABLE HERE

Steve Maltz at Tree of Life

How to Find Us

Hebraic Church? Now there’s a phrase designed to upset or confuse just about everyone. Yet being Hebraic is not what many in the Church imagines it to be. In fact it could be nothing less than the key for true restoration and revival.

It is the author’s opinion that the failure of recent Church initiatives to get ‘back to basics’ is because doing things differently can’t be sustained unless there is a corresponding move to think differently. There’s no way we can take a Hebraic model (the early Church) and get it to work in a 21st century culture where the Greek model still reigns supreme.

With his customary humour, pacey style and shrewd insights, Steve Maltz examines seven areas where the Church has gone askew and suggests practical solutions to re-align the Church with the ‘original model’.

This book is available for £10 from here.

"Saved to be spent" by David Andrew. READ IT HERE

THE AUDIO/VISUAL BIBLE: Book of Romans Do we have something for you - a new way of reading the Bible, starting with the Book of Romans - and it's free! CLICK HERE to find out more.

This is a FREE web event every TUESDAY at 7pm - 8:30pm (GMT) - Open to all subscribers to share, encourage and learn together informally. NEXT SESSION JANUARY. 21st If this interests you, click here.

This meeting is at the beginning of every Hebrew month - POSTPONED UNTIL JANUARY 17TH -.We meet at Cleveland Street.(Near Great Portland st) Find out more HERE. Click here for a review at Prophecy Today

THE TRIPLE LOCK OF WESTERN JEW-HATRED

In France, which is experiencing another surge of anti-Jewish attacks, the lower house of parliament has approved a draft resolution that calls hatred of Israel a form of antisemitism.

In Britain, after the Chief Rabbi, Ephraim Mirvis, made an unprecedented intervention into the general election campaign warning that “a new poison” of antisemitism “sanctioned from the top” had “taken root in the Labour Party,” support for Labour actually increased. In four out of five opinion polls taken over the following few days, the party’s rating rose by between two and five points.

Last week, two people were murdered and three others wounded in an Islamic terrorist attack in London. And over the past two weeks, there were four attacks on Jews in the streets of London.

These things are all linked.

The Chief Rabbi was right to say what he said because Jews have a duty to tell unpalatable truths and sound a cultural warning.

Yet it is a dismal fact that drawing attention to antisemitism these days tends to produce even more of it. Triggering the widespread resentment and guilt complex over the Jews’ perceived status as history’s supreme victims, it provokes yet more hostility.

INTO THE LION'S DEN

Algerian Christians request prayer for a church in the city of Oran after a court ordered its closure on 12th January. Twelve churches affiliated with the EPA (Église Protestante d'Algérie), the umbrella organisation for Protestant churches, have been ordered closed since November 2017. In January 2018 the church had been ordered to "regularise" its situation within three months. Restrictions placed on the Church at that time included limiting activities to weekly worship only and prohibiting foreigners to serve in the church. In February 2018, the Governor of Oran issued a closure order and the church was sealed. On 10th  June, 2018 the church was allowed to reopen. However, in September 2019 the Governor filed a court case against the church asking for its closure becuase it does not have a license according to "Ordinance 03-06 to Regulate the Worship of non-Muslim Creeds."

END_OF_DOCUMENT_TOKEN_TO_BE_REPLACED

Hebraic Study Of The Synoptic Gospels Click on the image above for a veritable treasure chest of resources that will take you into the Hebraic understanding of the Gospels. Highly recommended.